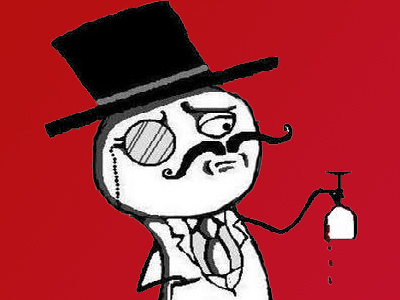 Among many news surrounding the hacker movement called AntiSec, one report appeared to be quite interesting. Fox News announced that tFlow, a high-profile member of LulzSec hacker group, was arrested in the United Kingdom and is currently facing extradition to the US. However, Anonymous members didn’t confirm the report, but Fox News insist they tell the truth.

Fox News repeatedly confirmed the hacker’s identity both online and in responses to the queries made. Their story is that 16-year-old tFlow was arrested and out on bail. Meanwhile, Anonymous members provided the public with a link to tFlow’s Twitter account, which hasn’t been updated in a while, but tFlow is recognized as a kind of a user that isn’t always on Twitter.

The media reported that the teenager is currently facing extradition to the US over his involvement with LulzSec. tFlow was arrested in south London during another wave of online attacks, and remained in custody for a night. London Police believe the teenager is connected to the notorious hacking groups blamed for a handful of attacks on agencies like the CIA and the US Senate. The boy was held under the Computer Misuse Act and the reports are that his nickname appeared to be tFlow – a name of the high-ranking LulzSec member. Still, the hacker groups haven’t confirmed the news thus far.

Anonymous said that all they know is that some 16-year-old boy from South London was arrested who was suspected to be tFlow. Later the boy was released on bail with no charges to go back for additional questioning next month. Without any other information, it makes no sense to confirm it was the real tFlow. The only person who may confirm the news is tFlow himself.

By the way, it wasn’t the first time the media falsely announced a high-profile hacktivist has been arrested. Earlier, when the reports were that an arrest was made in the United Kingdom, media claimed LulzSec’s leader Sabu had been arrested, which appeared to be not true. Instead, it turned out to be someone running an IRC server and wasn’t heavily involved in the hacking. Now the truth is that nobody really knows the online identity of the arrested boy except himself. It may be a high-ranking (16-year-old?) LulzSec member, facing extradition to the US over the suspicion of being connected with Anonymous, but still there’s no evidence of him being tFlow.

Police in Bangalore said they had security concerns and that Bangalore was a “highly sensitive” area.

Google launched its project to collect high definition images to give Google users 360 degree views of streets only last month in Bangalore.

Cameras mounted on cars and tricycles had been taking pictures in streets across Bangalore.

“We received a letter from Bangalore’s commissioner of police and are reviewing it. We will not be collecting any more images for Street View until we speak to the police,” a Google spokeswoman told AFP.

Police told the BBC that they had expressed concern about the project and said they asked Google to seek clearance from India’s ministry of home and external affairs.

Bangalore’s additional police commissioner, Sunil Kumar, said that Bangalore, home to key defence and scientific institutions such as Indian Space Research Organisation and Hindustan Aeronautics, was high on the list of terror targets.

In 2008 a series of bombs exploded around the city, killing one women and injuring several others.

Last year almost 250,000 Germans told Google to blur pictures of their homes on the Street View service and the Czech government also banned Google from taking any new photos for the service.

In the UK Google has also agreed to delete private emails and passwords mistakenly picked up from wireless networks by its Street View cars.